How UK Landlords Can Survive the Current Rent Crisis 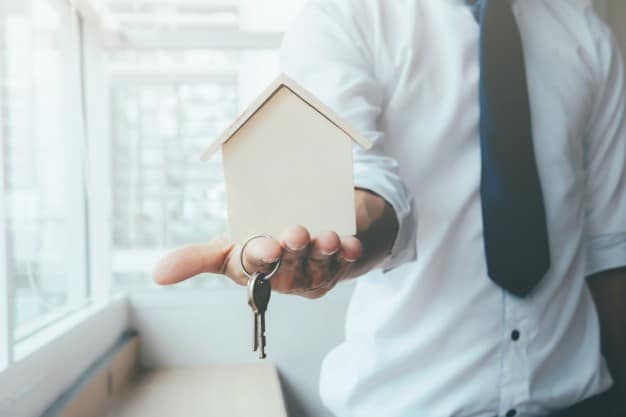 UK landlords have had a tough time of late.

In March, the UK government imposed a “radical package” of measures which effectively banned all evictions from “social or private rented accommodation” for three months.

Now, as the three-month period approaches a close, things got more difficult for landlords when Housing Secretary Robert Jenrick tweeted:

“We are suspending evictions from social & private rented accommodation by a further two months.

“Eviction hearings will not be heard in courts until the end of August and no-one will be evicted from their home this summer due to coronavirus.

It would be a callous landlord indeed who insists on evictions for the folk who regularly pay their rent, but who have fallen on rough times.

But what about problem cases that existed before the crisis?

This is where landlords have their hands tied.

Sift the bad eggs from the good

First of all, it’s important to take a deep breath.

Landlords get a bad rap, but the vast majority are trying to do right by their tenants.

As a landlord, you must take a deep breath and realise that everyone is going through a tough time financially.

As for the problem cases, your hands are tied on evictions for now. It’s one of those terrible side-effects of many of the government’s recent decisions.

If the government’s decisions were wrong, this can be sorted out with litigation at a later stage.

Right now the matter before you is how to stay afloat despite the crisis: The way to do that is to sift the bad eggs from the good.

And then to appeal to the good for assistance.

There is no point in communicating with the bad egg. If they were not paying their rent for months before the crisis, they will not pay it now.

But you can communicate openly and freely with those that were paying it regularly before.

These people are struggling like you are. They might not be able to cover the entire rent, but if you speak to them individually and explain that it is imperative that they cover at least some of it, many of them might indeed pay more in the coming month than they had been planning on.

They will eventually have to pay the rent anyway, so it is actually a help to them to get them to pay as much as possible now.

The important thing is to be compassionate and understanding. People are under pressure. Tempers are flaring higher than usual.

Following a simple principle of mutual understanding, you might indeed be able to get far more rent paid immediately than you had been expecting.

Apply for a mortgage payment holiday

If you are truly struggling, and your property is mortgaged, you could apply for a mortgage payment holiday.

The jury is still out on whether or not this is a good idea for landlords. But it is indeed an option if your own debts are stacking up as a result of rent defaulters.

Once the crisis is over, of course, it’s time to look at improving your financial position so that such a crisis doesn’t hit you so hard ever again.

If you can hold your breath long enough, you could make a claim on your insurance if the tenant has been in arrears for several months, and you have served notice on them. (source)

Raising rents during the coronavirus crisis is legal.

This is a fairly aggressive approach. It means you would be penalising those who are paying their rents because of those who aren’t.

This is a decision you must make yourself. It is not our position to let you know what is right or wrong, only to give you your options.

Raising rent is indeed an option you have.

Keep in mind, however, that those who do pay the higher rate are unlikely to stay with you once they are able to move. On a long-term basis, this option might not be the best strategy.

Play it tough, because the “free period” will come to an end

With the “bad eggs”, it’s possible to take a slightly tougher approach.

Once the eviction ban comes to an end, you can serve notice on those who have been constantly in arrears.

Tenants are indeed expected to pay rent. Many of them have misunderstood the “mortgage holiday” to mean that rent does not need to be paid. This is not the case.

Times of extreme challenge can also be the times of greatest creativity.

Many people are changing their businesses and career paths entirely in the face of the COVID-19 crisis.

One — albeit, unusual — way you could raise extra funds is to start an entirely new venture and go off to one of the crowdfunding platforms to get it funded.

The idea is not without precedent: This card game of exploding kittens was supposed to raise $10,000 and ended up raising nearly $9M!

This last point is not a joke. We must all look at how we were operating before, and find new ways to increase our income streams so that we are not stuck with only one solution in the future.

Hotels were hit the hardest by this crisis. The only option they have is to start a new business entirely.

And so this option exists for the landlords as well.